TORONTO, ONTARIO, September 30, 2021 – Appia Energy Corp. (the “Company” or “Appia”) (CSE:API, OTCQB:APAAF, Germany: “A0I.F”, “A0I.MU”, “A0I.BE”) is pleased to announce that the Company has retained the services of consultants Watts, Griffis and McOuat Limited (“WGM”) based in Toronto as advisors to the Alces Lake Rare Earth Element (REE) Project. WGM will be monitoring progress on the project pursuant to issuing a technical report (National Instrument 43-101) following the conclusion of the current exploration program later this year.

With a wide base of international experience spanning 60 years, WGM is well known for its expertise in exploration and mine development. The WGM project team comprises geologists, metallurgical engineers and minerals economists with significant experience related to exploration for rare earths and the related concentration, processing, production and marketing of rare earth products. All are Qualified Persons in accordance with National Instrument 43-101guidelines.

This news release has been reviewed and approved by Al Workman, P.Geo., Vice-President of WGM.

Approximately 7,200 metres of drilling has been planned to test the near-surface and down-plunge extents of new and existing rare-earth targets and total metreage could exceed 10,000 metres. More than 4,000 metres is dedicated to identifying the depth potential of the WRCB zones and help complete the understanding of this significant discovery. Drilling continues and exploration results will be released as received and analyzed by the company. Analysis of the summer exploration and drilling program will follow and may lead to the preparation of an NI 43-101 (Technical Report with 3D Geophysical-geological Models & Preliminary Economic Assessment) report after the end of the 2021 drilling program. The Alces Lake project encompasses some of the highest-grade total and critical* REEs and gallium mineralization in the world, hosted within a number of surface and near surface monazite occurrences that remain open at depth and along strike.

* Critical rare earth elements are defined here as those that are in short-supply and high-demand for use in permanent magnets and modern electronic applications such as electric vehicles and wind turbines (i.e: neodymium (Nd), praseodymium (Pr), dysprosium (Dy) and terbium (Tb)).

Appia is a Canadian publicly-listed company in the uranium and rare earth element sectors. The Company is currently focusing on delineating high-grade critical rare earth elements, gallium and uranium on the Alces Lake property, as well as exploring for high-grade uranium in the prolific Athabasca Basin on its Loranger, North Wollaston, and Eastside properties. The Company holds the surface rights to exploration for 83,706 hectares (206,842 acres) in Saskatchewan. The Company also has a 100% interest in 12,545 hectares (31,000 acres), with rare earth element and uranium deposits over five mineralized zones in the Elliot Lake Camp, Ontario.

Cautionary Note Regarding Forward-Looking Statements: This News Release contains forward-looking statements which are typically preceded by, followed by or including the words “believes”, “expects”, “anticipates”, “estimates”, “intends”, “plans” or similar expressions. Forward-looking statements are not a guarantee of future performance as they involve risks, uncertainties and assumptions. We do not intend and do not assume any obligation to update these forward- looking statements and shareholders are cautioned not to put undue reliance on such statements.

Neither the Canadian Securities Exchange nor its Market Regulator (as that term is defined in the policies of the CSE) accepts responsibility for the adequacy or accuracy of this release. 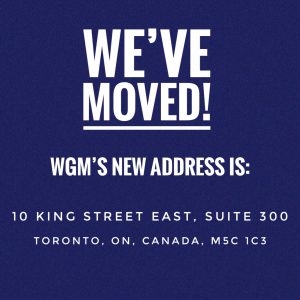